Kicking off with the first and title track, “Starry Sounds”, Todd Warner Moore eases into a slow strum as he creates the feeling of nostalgia within listeners as he reflects upon the simple moments in nature that have left memories in his mind that will stick with him until the end of his time. The second track, “Ebb and Flow”, ties in a Classical instrumental feel as Todd lyrically explores the highs and lows of life while ensuring to strive to find peace within going with the flow. “It’s All Happening Today” is the third track that kicks off with the feel of a Dave Matthews Band instrumental as Todd lyrically travels into a space of nothingness that reminds him to return to the place that provides him with the most clarity; the here and now. The fourth track, “Starting Again”, picks up the pace with phenomenal songwriting as intro lyrics that remind listeners of the power of the present stick out and shed light on the power of words translated through music. 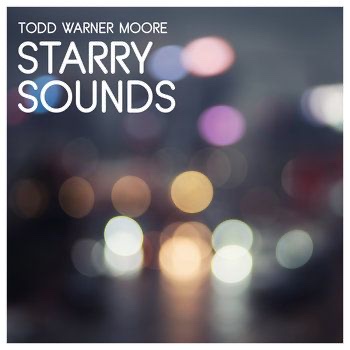 “See so Clearly” is the fifth track in which Todd lyrically takes listeners on the road toward a time in which he was able to reveal the joy of life beyond his mind that provided the peace that he strives to return to. The sixth track, “Lapis Largo”, adds a Blues feel to an album that is rich in variety as Todd brings his instrumental talents to light for listeners to ease their minds through. “Meet in the Middle” is the seventh track that is an album highlight that lyrically reflects upon a profound human connection between two human beings that were intensely in love. The eighth track, “Coffee Conversations”, is an uncanny take on social media and how individuals spend majority of their lives behind smartphones rather than exploring the meaning of life and more over coffee in person. “All The Lives” is the ninth track that slows it down to lyrically give meaning to all of the versions of life that Todd has been able to explore within his time on planet earth. Closing out with “Slate”, beautiful instrumentals that sound akin to Sting in his ‘Ten Summoner’s Tales’ days lead into a poetically rich lyrical journey into a clean slate between two that have distanced and reconnected in the present.

If you’re a fan of fellow musicians such as Bright Eyes, Johnny Cash and Bob Dylan, then keep an eye on the ride ahead for Todd Warner Moore on Bandcamp.