Hip-Hop Artist, Hope, empowers the masses through sticking to his gut bar after bar throughout the release of his most recent full-length album, ‘Red Man’. Here’s our track-by-track thoughts.

Kicking off with the first track, “Opening Ceremony”, Hope begins with the instrumental feel of a track by Method Man and Redman back in the early 2000’s as he welcomes listeners into his world that he was born to bring outward. The second track, “Never Fail”, blasts off to showcase Hope’s spiting skills over a minimal beat which highlights Hope’s ability that he has work toward diligently ever since he picked up the pen. “100 Million” is the third track that addresses the division of society that has come through racism and judgement which only serves to separate us further. “Generosity” feat. Mamarudegyal MTHC is the fourth track that puts the lyrical spotlight on starting from scratch and the life experiences that it has taken for Hope to develop a worldly perspective as feminine vocals uplift the chorus with ease, grace and balance. The fifth track, “Rage” feat. Alpha Omega, Doobie and Mamarudegyal MTHC lyrically addresses the traumas that cause bouts of rage inside as Hope brings his episodes forward with zero pity and full embodiment. 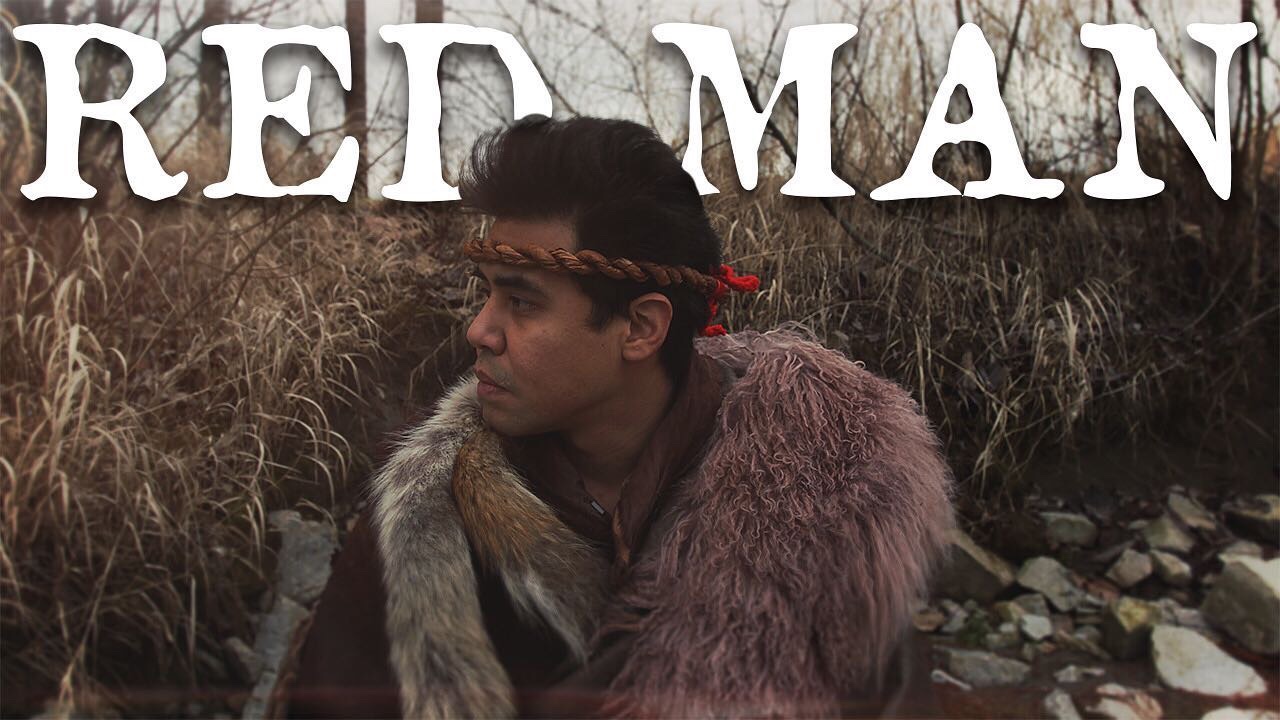 “I Scream” feat. Doobie and Mamarudegyal MTHC is the sixth track which is an album highlight that would appeal to the masses as Hope and Mamarudegyal MTHC’s synergy is hypotonic, sensual and pure. The seventh track, “Life Givers”, is an ode to Hope’s familial lineage as lyrics such as “Protect Your Women” stand out and are a beautiful ode to unity. “Fuck That” is the eighth track which is a lyrical message of assurance from Hope in which he stands tall in all of the highs and lows which have shaped him into the man that he is today. The ninth and title track, “Red Man”, begins with a historical speech speaking out the candid history of Hope’s lineage as he shares with the world his pride of being a part of Indian culture. “Think About It” is the tenth track that slows it down into a brutally honest and candid round of songwriting in which Hope reflects about all that he has gone through and how learning to think for yourself is one of the most important aspects of making it anywhere in life. The eleventh track, “IDPNG”, stands for ‘I Don’t Play No Games’ and addresses the hardening of Hope’s heart as he attempts to dial down to the basics and life, breathe and love for his family. Closing out with “Stand Up”, Hope empowers listeners with a message which reminds them to stand for what they believe in and feel no matter what opposition that they encounter.

If you’re a fan of fellow musicians such as Method Man, Hopsin and The Underachievers then keep an eye on the ride ahead for Hope on SoundCloud.