New Jersey Psych Rock Musician, Aura Blaze, is emerging in mind and translating his kaleidoscopic inner world into a space to create musical eccentricity throughout his new album release, ‘The Sparkling Black’. Here’s our track-by-track thoughts.

Kicking off with the first track, “Overture: Solar Emerge”, Aura Blaze cunningly sounds akin to The Beatles and brings a bit of soul into our modern-age while accompanied by lyrics that reach out for love. The second track, “Good While It Lasted”, begins with a groovy instrumental that eases into soft vocals that are enchanting as lyrics that reminisce on the days of ease and peace within a relationship showcase the imprint that the connection has left on Aura’s spirit. “Eyes of the Rising Sun” is the third track that begins with a hypnotic and psychologically intriguing lyrical blast of spirituality as Aura’s mind comes ablaze through the experience of soul connection. The fourth track, “Manipulation (feat. Björn Strid)”, begins with a medieval instrumental that transforms into a psychedelic lyrical journey into the mind of a manipulative human that is tossing swords without a slight bit of remorse. 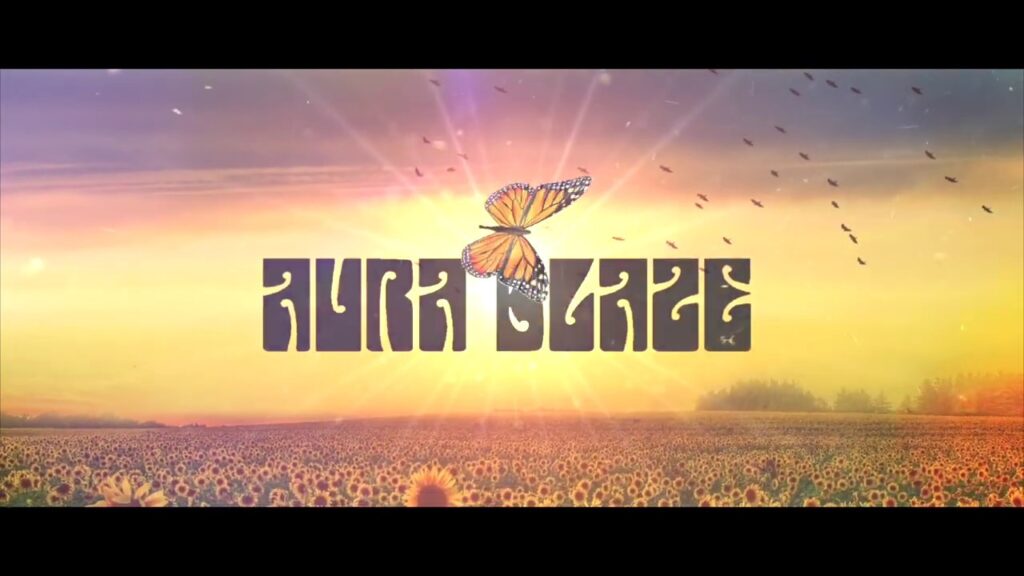 “Keep On Believing” is the fifth track that is abounding with lyrical positivity and hope as Aura Blaze reminds listeners that their journeys are entirely their own and worthy of living out loud. The sixth track, “No Soul That Couldn’t Be Sold in Hollywood”, is full of lyrical truth that speaks of the rags and riches stories that tend to steer a soul from their highest self while veiled by the empty promises that can tear one apart. “Hope It All Works Out” is the seventh track that begins with an instrumental journey into a place of peace as lyrics that speak of overcoming a broken heart showcase the level of vulnerability that Aura Blaze approaches his music with. The eighth and title track, “The Sparkling Black”, begins with the instrumental feel of an industrial track that swiftly leads into the feeling of a track by The Doors as mysterious lyrics trickle into the subconscious mind. Closing out with “Reprise: Lunar Dissolve”, Aura Blaze’s energy is palpable as he creates a space for listeners to dive back within themselves.

If you’re a fan of fellow musicians such as Tame Impala, The Beatles and Cream, then keep an eye on the ride ahead for Aura Blaze on Soundcloud.