New York Musician, Gideon King & City Blog, is beginning to make a name for himself and his recent album release, ‘Upscale Madhouse’, is a deep dive into darkness that is pragmatic and creatively approached with the intent to heal. Here’s our track-by-track thoughts.

Kicking off with the first track, “Going Straight to Hell”, Gideon King brings forth an atmospheric dose of instrumentals that match the lyrical intent to reach a place of acceptance while righting the wrongs that he has carried around for far too long. The second and title track, “Upscale Madhouse”, slows it down to a whisper which leads into the manic thoughts that are spinning through the mind of his lover as he attempts to beg for another shot at love. “Broken and Beautiful” is the third track that begins with the feeling of a song by John Legend in his ‘Get Lifted’ days as Gideon King lyrically yearns to find clarity within an experience that has been heavy on the heart and soul. The fourth track, “Fake it on Facebook”, is exactly as it states as lyrics that call out the commonalities of the modern-way of being and digital world enlighten the minds of listeners who are hooked on a life of smoke and mirrors. 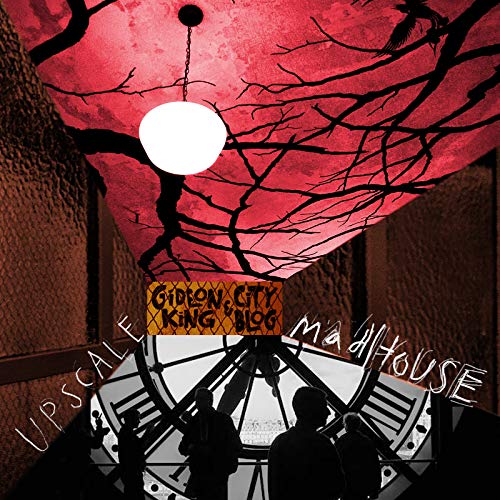 The sixth track, “Gun to My Head”, slows it down into a soft guitar opening that carries out the hefty emotions and feelings that Gideon has encountered which leads to a lyrical confession of immense pain that has been trickling down his spine. “For Our Own Sake” is the seventh track that opens with a mesmerizing piano that leads into pristine vocals by Elliot Skinner and Grace Weber that ignite energy within listeners who have deep appreciation for the simple luxuries of life. The eighth track, “So Evolved”, purposely contradicts itself to lyrically come to the realization that it’s been a cold relational journey and road that Gideon has been traveling down. “God I’m so Alone” is the ninth track that lyrically speaks of discomfort after having to remove oneself from a stagnant situation that no longer serves positive growth. Closing out with “Look Ma No Hands”, the thoughts that spin through Gideon’s mind open the track to stir up the listener right before the short downfall into lost hope.

Listen to ‘Upscale Madhouse’ in full on Spotify now. If you’re a fan of fellow musicians such as Widespread Panic and Government Mule, then keep an eye on the ride ahead for Gideon King & City Blog on Soundcloud.