Fort Wayne Rockers, Riding With Killers, are a bundle of heart that are set to bring their Rock ‘N’ Roll dreams to life. I caught up with Vocalist/Guitarist, Taylor Roberts, to discuss the release of “Fixing You”, taking pride in his love for animals, what the world can expect from Riding With Killers and more.

Congrats on the release of “Fixing You”. Tell us about your intention for the track and what you learned about yourself throughout the creative process.

First off thank you so much for having RWK on board for an interview. It’s exciting to be a part of Life Beyond the Music! We released the song as a thank you for helping us hit Number One on RockFile Radio with our song “Is Anybody Listening”, which is pretty cool considering we are still in our infancy stage. The song for me represents those toxic people in your life that you try your best to help. You want to fix them because you know they can be better, but sometimes at the end of the day you have to realize you can’t fix them and you have to walk away.  While the song isn’t directed at one person in particular, there were multiple events throughout my life that inspired the song and I think it’s a song that people can relate to at the end of the day. I think the biggest thing I learned from the creative process of this is that I am capable of actually doing this. While I’ve always been active in the behind the scenes stuff, in my previous band I was the guitarist and backup vocalist. I always wanted to sing but I was never able to do what I wanted, which was write songs and get what was in my head and heart out. I was worried I wouldn’t be able to hack it, but once I put myself in that position and forced myself in an unfamiliar territory I realized I’m capable. 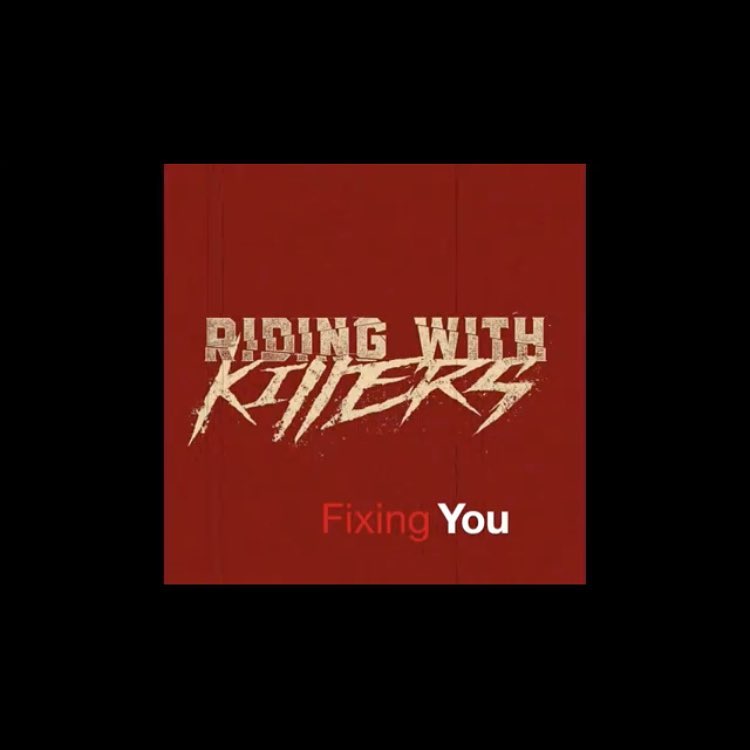 Through Riding With Killers, do you feel as though you are able to present yourself artistically in the most honest manner possible?

Absolutely, I’m getting to be me and get what is in my head and heart out finally. I’ve had so much that I’ve wanted to say for so long and I was never able to fully realize that in the previous group. With this new venture, I’m getting to put pen to paper finally and I have plenty to write about. I’m getting to tackle things that have bothered me for years. I get to turn something ugly into something beautiful. I get to use those moments to create art. My mission has always been to do for others what music did for me as a kid, say what I never had the courage to say. To let others know they aren’t alone in the world and that someone else understands. It’s incredibly freeing and I haven’t been this happy or excited in a long time.

I would say touching back on me being capable of taking on this role as a lead singer/guitarist. I had so many doubts in my head. Can I start over from scratch? Can I play guitar and sing at the same time? Am I truly any good at this? Is it worth pursuing? Am I wasting my time? I had these thoughts surrounding me as I was recording the first 3 tracks for the band. But as I had these doubts in my head, I began to realize, Hey I’m actually doing this, why the fuck have I been doubting myself? Snap the fuck out of it Taylor. I had to beat that into myself over and over until I finally began to believe it. I think a lot of musicians struggle with that because we live in such a critical world. Everyone has an opinion of something even if they have not one single ounce of authority on a subject. It can be grueling, but at the end of the day you have to trust that you are where you’re supposed to be and just go for it.

It’s a double edged sword really. On one hand it’s this incredibly useful tool that allows people the ability to connect with others across the world that they might not have made contact with. You’re able to share your art for free essentially and get the word out like you’ve never been able to before. On the OTHER hand, it’s one of the worst things that has happened to this world. While we can be connected like never before I think it’s bred a level of disconnect that’s put a damper on human interaction. People have found a way to be able to say things without consequence. People sincerely say the worst shit to each other online, mostly without consequence, and it’s truly discomforting. A lot of special moments are lost because everyone has a camera on their phone, they video everything, take photos of everything. It’s almost cheapened the experience that you used to be able to get when people weren’t glued to their phones.

I take pride in my love for animals. My dog Meg is my absolute favorite. I found her on the side of the road in North Mississippi over 3 years ago. She was probably 20 pounds and near death. Something told me that she had to come with me and I worked with her and helped get her to a healthy weight. I got her fur to grow back through many medicated baths, got her embedded collar taken care of, got rid of all the skin issues and trust issues she had. She’s essentially my child and I love her dearly. How someone could treat a creature like Meg so poorly is just beyond me, I’m so glad our paths crossed. I think she saved me just as much as I saved her. Her name is pretty ironic too, because of her situation, I based her name off Meg from Family Guy. In the show no one wants Meg or pays attention to her, but with showing people my Meg’s story, she’s grown her own little fan base and people are really in to her. She’s a doll. 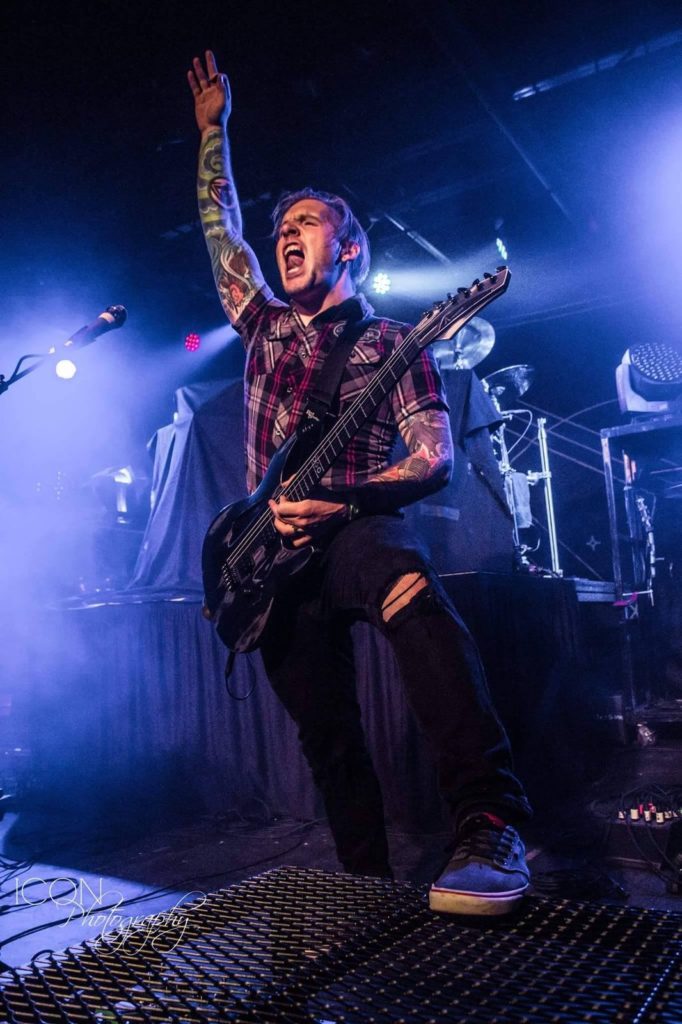 It helps to go to the gym and exercise. Your physical absolutely affects your mental. You have to take care of yourself in order to be able to function to the best of your ability. I try to eat as best as I possibly can, which can be incredibly hard.  But it goes hand in hand with your physical. It all interconnects at the end of the day. The better you treat your body, the better state of mind you’ll be in which leads to a better overall state of happiness.

You have toured with a wide variety of musicians over the past years. Tell us some words of wisdom that you collected along the way.

I’ve for sure been incredibly fortunate to get to do some incredible things, and one of the most common themes/pieces of advice was, be cool to EVERYONE. I think that is probably the most important one. The industry isn’t quite as big as a lot of people would have you believe. Everyone knows everyone, someway, somehow. If you’re a dick, people tend to know. Don’t be a dick.  Another one of my favorite things I was told was “Just be badass”. It seems like a no brainer, but really it’s a good piece of advice. Be badass, and watch things start to happen. Hone your craft and be badass. Don’t give up. That’s probably the worst thing you can do. You’re gonna face rejection, criticism, and people will tell you no, constantly. Everyone no is one step closer to a yes. Keep doing what you’re doing and don’t give up. The only way you get better at something is to keep at it. Eventually you’ll strike gold and you’ll get to where you want to be.

Thank you all so much for the encouragement and support through all of this. It was an insane leap of faith to get where I’m at now and I truly appreciate everyone who has stuck beside me and given me a reason to keep going. I wouldn’t be here without any of you nor would it really mean anything. So truly from the bottom of my heart, thank you. The best is yet to come!