Turn down for what? The full force Metal powerhouse, Upon A Burning Body,  is gearing up to deliver high-quality, straight-forward and balls to the wall heavy metal stitched together from razor sharp focus and passionate dedication. I caught up with the San Antonio proud lead vocalist, Danny Leal, whose well-executed and vicious growls surely rile up a crowd. 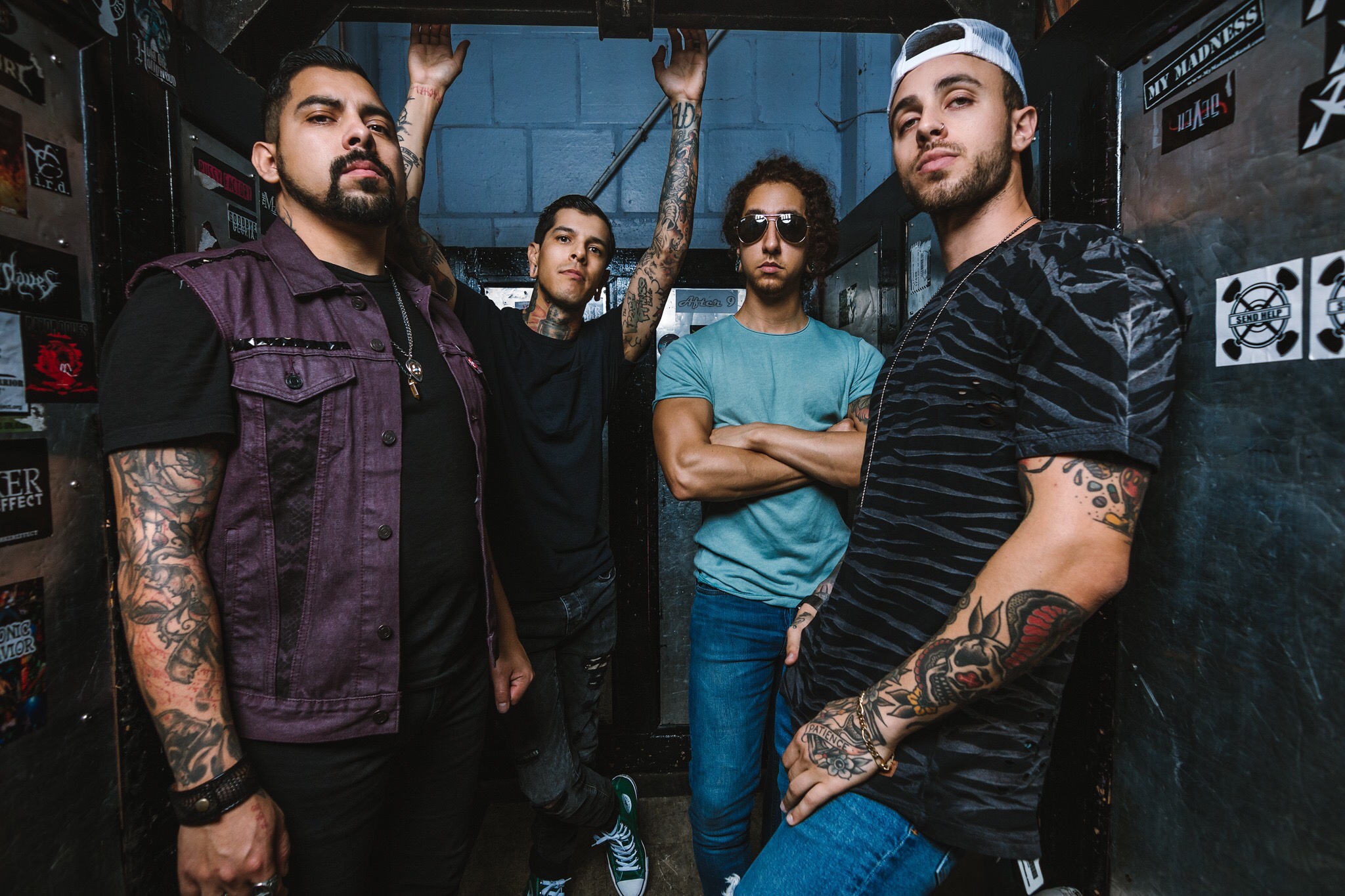 For most artists, originality is first introduced through a phase of learning, trial and error. What was your experience? How would you describe your own development as an artist and the transition towards your own voice?

I used live situations and things that I have been through to inspire me on what to write. I knew that I wanted to develop my own thing and use my own voice that was unique to me while still doing it my way. And I am here now. My style came from me wanting to create it and doing it my way. There are people who look up to you and it’s your duty to give them at least everything that you’ve got. In my opinion, everyone is opinionated these days. Overly-opinionated. 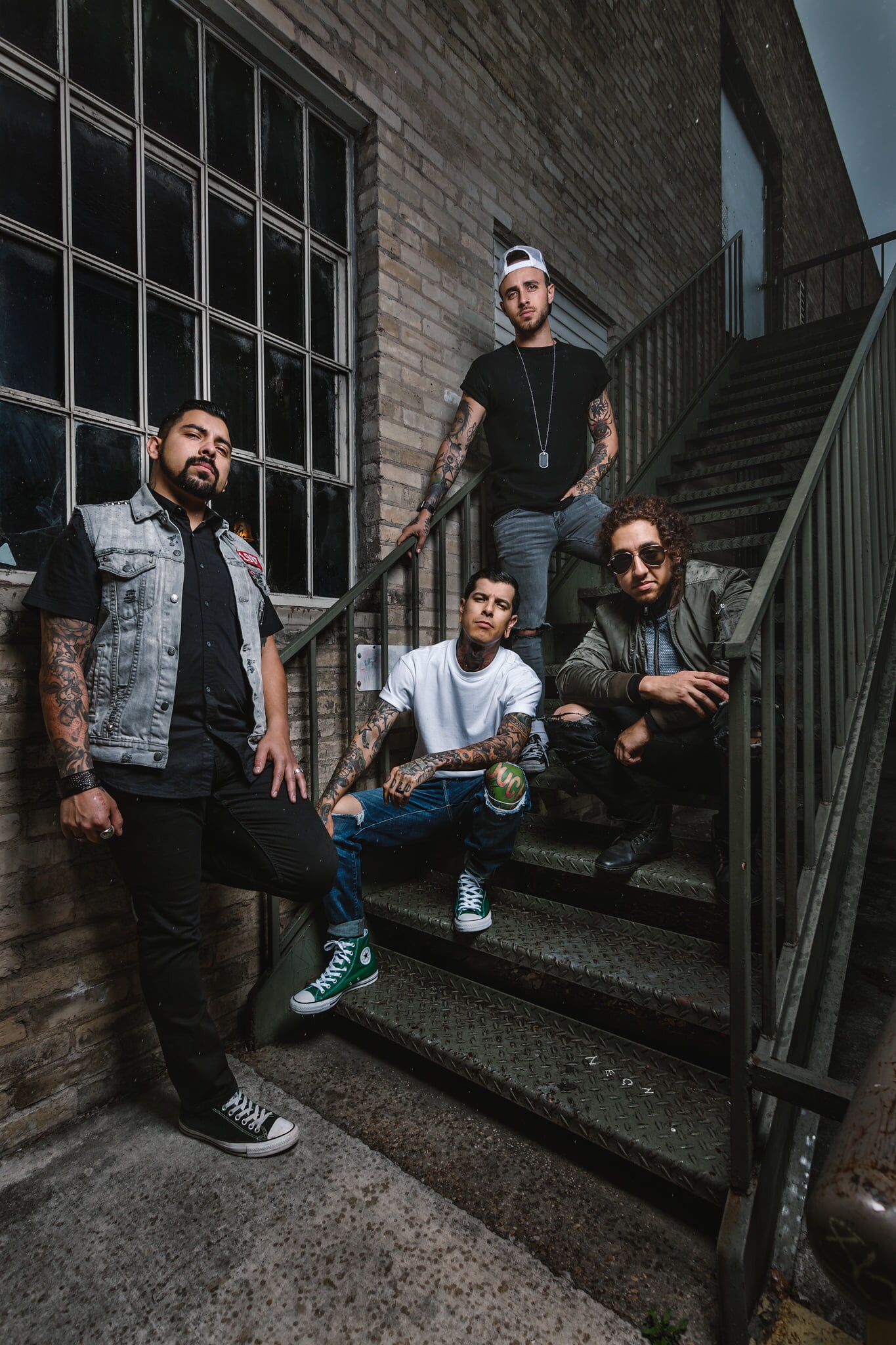 Imagine you’re watching a concert and one of the band members spontaneously combusts. You get called to the stage to replace that band member. Who’s the band and why?

It would probably have to be Slipknot. I’ve been a fan since their record came out in 1999. I bought the self-titled record right when it came out and to me, that music and what they did at the time, you could say that it changed my life as far as what I thought was heavy or aggressive music. When that album came out, it changed everything. I just didn’t think music could get any heavier at that point and then Slipknot came out and blew me away. I mean, a lot of people criticize me for that and say that there are tons of heavier bands like Cannibal Corpse and Slayer, you know, the bands that true metalheads who arguably would say are heavier, but, that’s not what I’m talking about. I’m not talking about who can growl the lowest, and whose distortion is the loudest and whose tuning is the lowest; that’s not what’s heavy to me. It’s making you feel something when you hear the music, and Slipknot definitely had this crazy, hostile, real feeling that you felt through the record. I think that with everything going as digital as it is these days, you lose a lot of the soul. And that comes through with the feeling of the music. To this day, Slipknot is incredible. Although I don’t think that I can quite steal Corey Taylor’s shoes as of yet, I choose Slipknot.

The entire UABB gang is from San Antonio, Texas. If anyone was visiting the city and their was one restaurant that they just cannot miss, what restaurant would you recommend and why?

Although I don’t eat there anymore because I am a vegetarian, there is place called Lulu’s that have this giant foot long country fried steak. You know, everything’s bigger in Texas and if I could point anyone in the direction to furthermore prove that point, it would be there. There is also another place that has pizza three feet wide in all directions called Big Lou’s Pizza.

UABB’s music is adored by a broad audience, including those within their youth. Depression is a major factor in a large amount of many high school children’s lives. What would be your advice for these kids and have ever struggled with depression in your upbringing?

There’s a song called “Scars” that we have that people tend to gravitate toward and share with us that it helped them through tough times in their lives. I believe that the chorus is mainly what they are speaking of on that song. I love talking about this and talking to kids who ask for my advice about this at shows. My advice would be that whatever they are going through now, it’s not going to get any easier. Life is hard. It stays hard. It never really stops pushing at you. I remind them that they are young and within the easy part; they can bounce things off and there’s so many things you can do while you’re young. I tell them to do what they want to do as long as it makes them happy. You know, within the line of business that we’re in, I deal with so much criticism and so much hatred toward what I do. Let’s say that we make a decision to try another sound; we know that are going to hear about that. The industry in general in all aspects of entertainment has gotten so raunchy. I mean, I cannot believe it. Wherever you draw the line has been erased and the bar has been raised so many times; women are going up on stage naked doing the most crazy things to get attention. You see people on Youtube trying to get famous for pretty much lighting themselves on fire and damn near killing themselves just to get a couple thousand followers on their Youtube channel. Where is the line anymore? There is not one. The world is so crazy that the only thing you can do is try to do you and do something you believe in while ensuring that you are happy doing it. If people don’t like it, which many won’t, you have to know that can’t please everybody. The people who aren’t going to like it, it’s not if, it’s the people who will not like what you do, at the end of the day, if you’re happy and you believe in it, then no one can take that away from you. And that’s all that matters, because there also will be people that like it. I kind of just tell the kids that. Don’t be so hard on yourself. Prepare to do the best that you can and be the best that you can. Every human being can be happy with that. And if you’re just a piece of shit, well, then that’s just what you are and that’s what you have to live with. But, if you change and you change your mind, then more power to you. 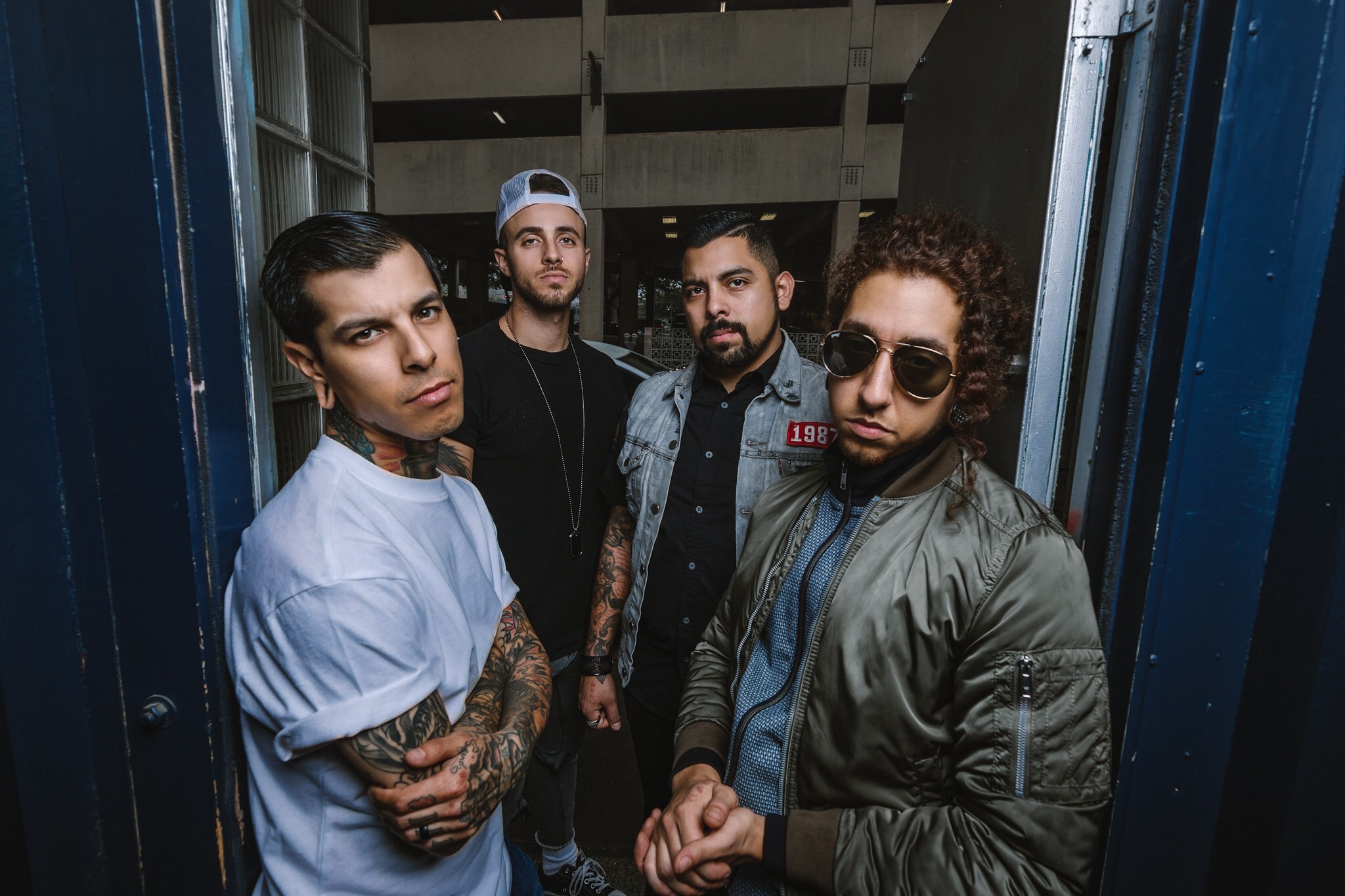 It means the world to us to get pre-orders and to sell records in a day where metal is not selling no where near the amount of records that it used to. When I was a kid, and I dreamed to do this, to watch the industry and records not being sold along with people not really caring as much, it really upset me and it hurts. Not just because it’s my record that is potentially not getting as many sales, but because of the grand scheme of things and metal in general. I feel that people need to get back to the love of buying a record, owning it and really appreciated everything that it’s about. And everything that every artist has to sacrifice to make that record like anything else. People download music for free and steal it. I don’t go to Little Caesar’s, show up and take the pizza because I downloaded it on my phone and now it’s free? That just doesn’t happen. But it happens to us and it blows my mind that nobody in the industry has yet to be able to fix it and put a stop to it. It’s really upsetting; I wish that people would remember that artists have to sacrifice a lot to do what they do. And trust me, at the end of the day, I personally know that I choose to do it.

Jessica – For sure. And it’s not a pity plea or a request for sympathy; it’s just the reality of the music industry today especially and what musicians like yourself are directly experiencing. It’s terrible.

Danny – Right. Our voices aren’t big enough to change illegal downloading, but to the true fans who love and appreciate Upon A Burning Body and what we’ve done, it means a lot to us if you would buy and pre-order our records. 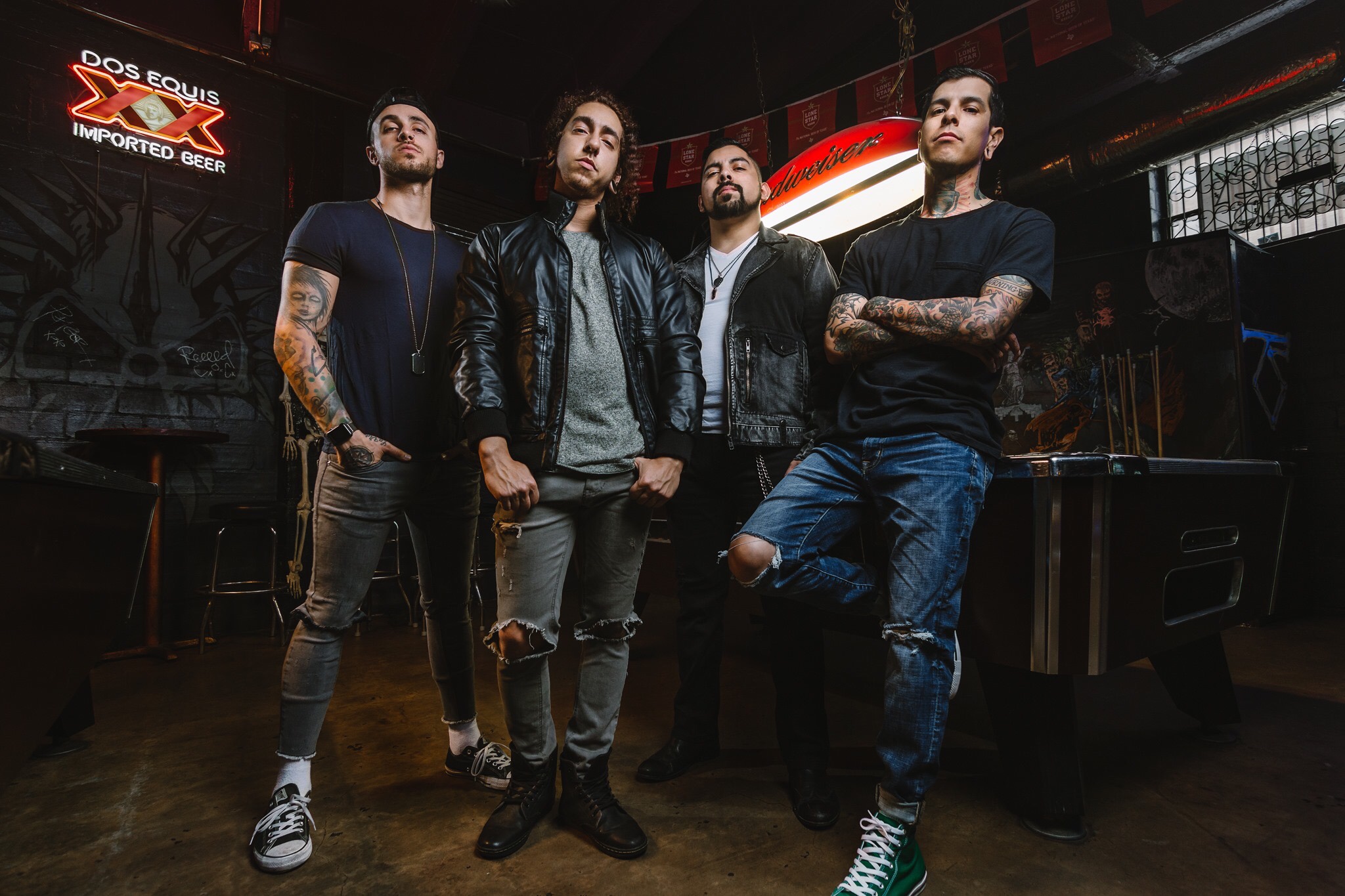 Upon A Burning Body Social Links: