Leaving listeners immersed in her mysterious world of elaborate creative thought is just one piece of artistic appeal that draws individuals toward NYC-based Songstress, Mardoll. Throwing herself into the ringer throughout her latest single, “God”, has served to challenge common conversation and influence boundless musings beyond one’s known. I caught up with Mardoll to discuss the intimate detail within her latest single “God”, the blend of rebellion and childlike wonder in her idiosyncratic mind, the joy of watching her 10-year-old little brother grow into a young man, always choosing to love yourself and more. 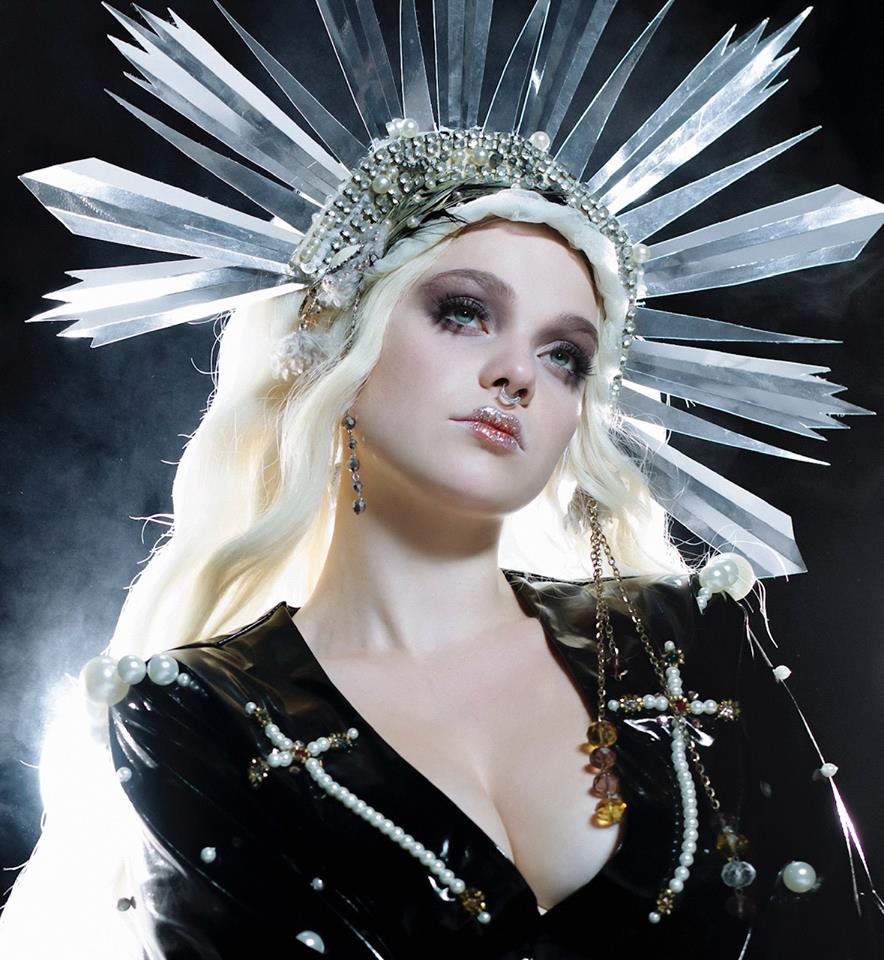 Tell us about the journey that you have been enduring within that has led you toward bringing your first single, “God”, out and into the world.

From a very young age, I was always curious. I liked asking questions. I grew up in Europe with strong values and conservative traditions .  Although I went to an international school and had exposure to many other cultures, all of them seemed to be shaped by something I felt was somewhat rigid… not inquisitive enough for me. Although I have a lot of respect for all cultures and traditions and feel that they are important, I always felt that traditions are not an excuse for not questioning our habits and way of thinking. Maybe it was my rebellious nature or maybe it was my childlike wonder but I was always a very curious to find out why we did something differently than others would. The song “God” is just an extension of that same curious nature. Why is it we shame and make taboo of love of anyone?   Religion seems to want to dictate love and hate. And if we accept love as a strong and meaningful human value, why don’t we question the powers to set limits to the definition of love and whom we can love? But it’s not only the judgmental way organized religion views same sex love, but in general all the rules that religion sets for our way of life should be evaluated in the current context of human existence. My mother came from a Jewish family on her father’s side and a highly prestigious European Christian family on her mother’s side.  When her parents divorced, her Christian family frowned upon her Jewish background. As a result, although she married a Catholic man and for the sake of his mother in law, went through the motions of Christening us, she decided she would allow us to decide what religion we wanted to follow. I was allowed to believe and worship whoever I wanted. As long as it wasn’t harming myself or anyone else. The “don’t be an asshole” rule was our family motto.  In my early years where, on occasion, we would make it to church, or I would hear religious rhetoric, it always fascinated me how blindly humanity can trust in a book.  I started asking many questions : What kind of God would allow so much human suffering?  What kind of God would create such a chaotic and unfair world? What kind of God would watch his children fight each other, destroy his legacy preaching love and forgiveness, to use his name his name to kill? The fact we are all fighting over whose version of God is right means we’ve missed the point entirely. That is definitely highlighted in the chorus. “Your silence speaks loud and clear….I guess you really left us here.”

Deep question; have you incorporated your own personal experiences and reflections into your music? Have you been able to heal old wounds through your artistic expression?

Music has always been an outlet for me. It is my way in which I process experiences, traumas, escape depression and find solace.  It’s a space in which I can process emotion and play around. I feel music often leads me to a new perspective, gives me a fuller picture and elevates me to a higher level. So I can take Catherine out of the equation, and Mardolll can see it objectively. Music does not always heal all wounds.  Sometimes music allows me to grieve something I have buried inside. Sometimes I need my music to bring something that hurts up to the surface so I can take a second look, relive it and find new way of dealing with it.

How did the concept of ‘Mardoll’ come about? What does it stand for?

Mardoll  is a character I’ve been playing my whole life. She was the woman I always wanted to be. When I was a chubby little outcast who wasn’t allowed to be a part of the aerobic competition team because of my weight, Mardoll was the version of me who would perform. I’ve been playing her my whole life, I just finally gave a name to her later on. The name actually originates from a Nordic goddess who also goes by Freya, or the White Goddess. My roommate at the time, Bryanna and I were thinking of artist names when she pops her head into the room and goes ‘What about Mardoll?’. The name finally felt like a fit after trying out so many others.  It was an ‘Aha!’ moment, Suddenly I knew this had to be.

Tell us about a recent train of thought that you have had that can inspire our readers.

The relationship we have with ourselves is the most important relationship.  This is where the inner dialogue takes place. I’ve been playing around with this theme and exploring it in a few songs I’m currently working on. It’s led me to start thinking about the stories and lies we tell ourselves as well.  We try to explain ourselves, create limits for ourselves all the time without asking deeply who we really are, why do we fear things, are we able to change? What are the reasons for the mistakes we keep making all over again?

I’m fascinated by politics and history.  I love not only talking about these subjects but also debating them. I love the challenge of taking a perspective that might not align with my personal beliefs, and arguing for it. Maybe it’s the devil’s advocate in me, maybe it’s my rebellious nature or maybe it’s just the fact my dad’s a lawyer and I grew up listening to that. But beyond how I love to argue, I’m a sister to my big and little brother and I’m a dog mom. My little brother is my absolute favorite person in the world and watching him grow into the young man he is has been the absolute joy of my life. With 10 years between us, ours  is one of the most rewarding and meaningful relationships in my life. He’s practically a carbon copy of me, from facial features to strong will. He drives me crazy but I wouldn’t change it for the world. In a weird way, I feel like we’re twins who got the timing wrong and now it’s my duty in this world to show him the way from my mistakes. I’m also a dog mom to my two dogs back home. Ninja and Coco. Ninja is my first-born boy and is me in a dog. All he wants to do is eat, sleep, and be given attention…I relate HEAVILY! Coco is a tiny little dog who bosses everyone around. She runs the show even though she’s 2 KG.

As you are exposed to tons of stimulus, how do you proactively take care of your mental and emotional health while being in the public eye?

Exercise! Lots of exercise but also Yoga. Yoga helps build mental strength, the ability to focus, or it to stay on track. I have a wild imagination and ADD tendencies, so doing yoga several times a week helps me with that. It also teaches me self-awareness which for someone like me, who has a tendency to slip into depressions, it ensures that I’m not lying to myself and really being honest with everything that is going on. It’s constant work, and not always easy (or interesting for that matter) but it’s important. 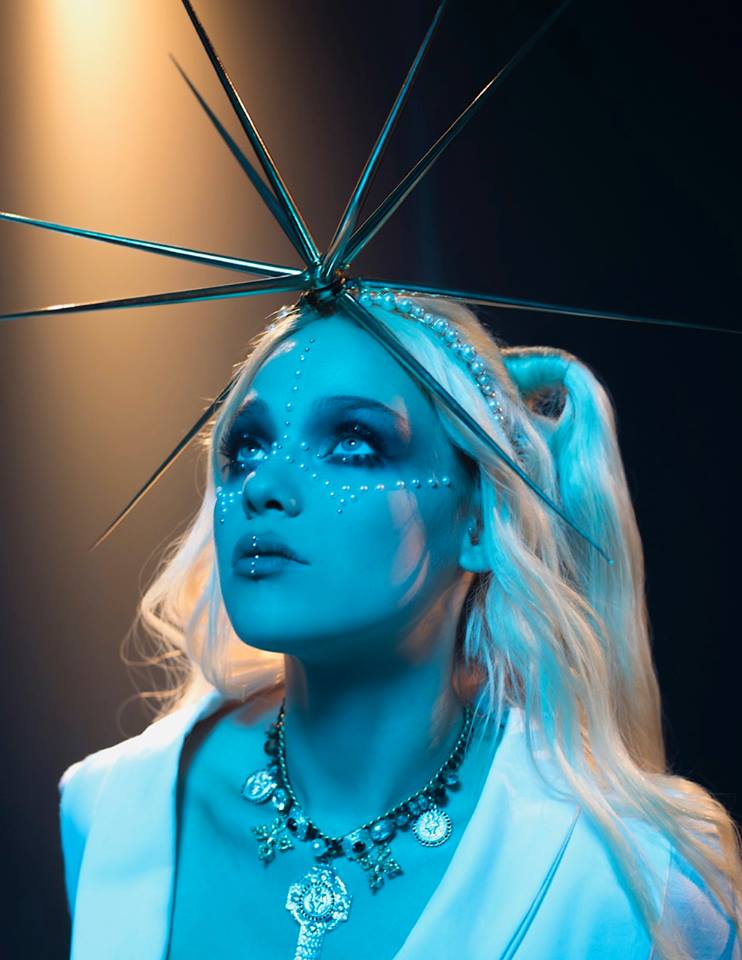 A sassy and sexy 75. Though I have been known to act 9 from time to time. As a little kid, I felt that sometimes I was just kind of waiting to grow up.

What is your personal opinion on how immersed society has become into the social media world?

I don’t think it’s good or bad. It’s just different. Every generation has thought the next one was out of touch.  Every generation has looked back with rose-colored lenses. So, yeah, maybe kids don’t play outside as much. And, yeah, maybe today’s kids don’t have the same attention span. But today’s kids are also the most accepting of any generation before. Today’s generation is more informed than ever before .   Today’s generation is creative and resourceful. If kids seem out of touch, maybe it’s the adults who are disconnected, but let’s not blame the modern magic of the internet. As many things often do, it has its ups and it has had its downs.

LOVE YOURSELF! Love yourself enough to hold yourself to a standard that forces you become the person you’ve always wanted to be. Be the person you told yourself you wanted to be growing up. Go out there and be proud of who you are and don’t let anyone tell you otherwise. You never know what life will throw at you so take advantage of every moment you walk this earth. Work hard, try do better, and aim higher!