St. Albert Rockers, Calling All Captains, have collected life experience to set free over an emotive release that is abounding with meaning. In celebration the recent release of ‘Nothing Grows Here’, I caught up with the guys to discuss overcoming self-doubt, gratitude for being a part of the Equal Vision Records family, fulfilling endeavors outside of their musicianship and more.

Congrats on the release of your ‘Nothing Grows Here’ EP. Tell us about the creative and recording process and what you learned along the way this time around.

Writing and recording these songs has definitely changed the way we work together as artists. These are the first songs that Luc recorded lead vocals on, and the first songs that I (Connor) had EVER recorded vocals on. With Luc being so suddenly thrust into the position of frontman, we all had to learn how to play together as a band again, and we found that things really clicked when our longtime friend, Tim joined the team. As things progressed, we explored new sounds and concepts and had a blast building ‘Nothing Grows Here’ with our good friends Quinn Cyrankiewicz and Ty Elgie. Quinn has been producing our songs since before Captains and is a huge part of the way everything comes together, we couldn’t do it without him! 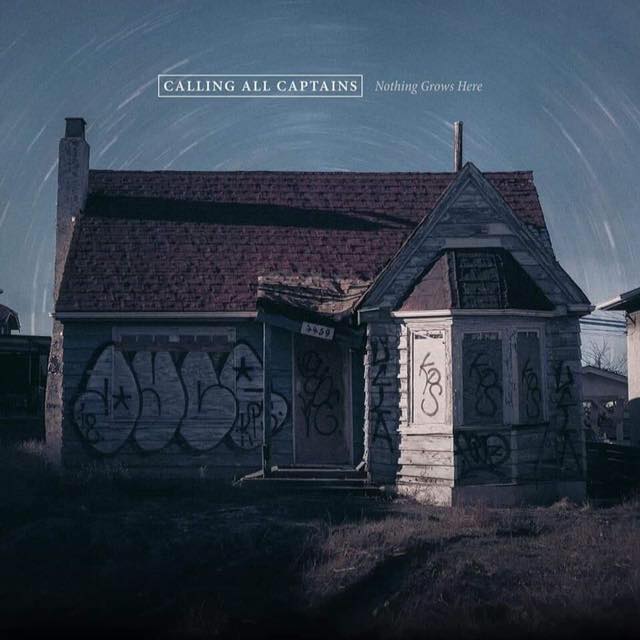 As many bands from all across the spectrum have been a part of the success of Equal Vision Records, tell us about your experience being a part of the label so far.

Connor + Brad – We absolutely love Equal Vision. We did lots of research on all the labels we were interested in and heard all kinds of horror stories from other bands, but couldn’t find anyone that had something bad to say about EVR. It was almost too good to be true! Right from the start things just clicked and we knew it was the right place for us. We have an incredibly hard working team behind us and they make sure we have everything we need to do what we love. It’s hard to express how grateful we are for this opportunity and for our new family at EVR. We wouldn’t have it any other way.

Luc – I can only speak for myself but a big struggle I’ve had is the fact that I have taken over the lead vocalist position for the band. Before our first single was released I was so worried about what people were going to say, some people online can get really nasty about it. We’re familiar with how people react when bands change vocalists. My self-doubt and fear about the new material and singles were washed away when we released “Disconnected”. The response has been more than positive and we are beyond grateful. Another thing that has been a struggle is that most of us have quit jobs for this, we had healthcare benefits and salaries but it’s hard to ask your boss for the 5th time “I need a month or two off for tour” , eventually they will want to move on or find a more permanent team member; which is totally understandable.

Brad – Social media is a plague, a blight on this earth lol it’s like the best and worst thing that could’ve happened to us in the digital age. On one hand, we’re more connected than we’ve ever been and have immediate access to unlimited information and opportunities to stand in our own spotlight and create and express ourselves, but on the other hand, we’re so connected that we forget how to actually connect with people in person. You hang out with people and they’re glued to their phone, or they’re watching concerts through a snapchat filter, and pining for likes and the instant gratification that comes with social media attention. It’s really easy to get caught up in and addicted to. Even us as a band, we’re always comparing ourselves to other bands and when a post doesn’t get very many likes we get bummed about it. It’s stupid haha but it’s also an invaluable asset in promoting and growing our brand, so thicken your skin and adapt or die, right?!

Luc – Beyond being a musician I am many things. I used to hold a caseworker/admin position for people aged 18-30 in a transitional housing program. Which at some times can be emotionally draining being the go-to for many peoples issues and being their resource provider. It was rewarding but it was definitely a lot to deal with sometimes. Shout out to the people in Social Services. I also take pride in my Metis culture and perform with my traditional dance group whenever I am not touring. Some of us in the dance group have been performing together for over a decade. The dance group continue to perform because we take pride in our Indigenous culture and want to share it with future generations. It’s sad to say but there is still a lot of prejudice regarding First Nations, Metis, Inuit and all other Indigenous cultures. That is something i will always feel and be aware of. I do my part in spreading awareness about the many Indigenous cultures in Canada and North America.

That’s actually a very overlooked part of being a band. You get the highest highs and the lowest lows out on the road, so that’s something you need to be aware and mindful of, otherwise that shit can creep up on you out of nowhere and mess your day up. Everyday you’re in a new city meeting new people, getting that adrenaline rush on stage, and it’s way too easy to live day to day and forget to center yourself. For us, we lean on each other. There’s no hiding anything from 4 other dudes when you’re cramped in a little van. If someone isn’t doing good or having a bad time, it shows. We just try to be open and talk about it and be there for each other when we need to vent, and give each other space when we don’t. Everyone kinda has their own vibe and way that they deal with things, and part of being a band is learning those little things about each bandmate and knowing how to either help or get out of the way. 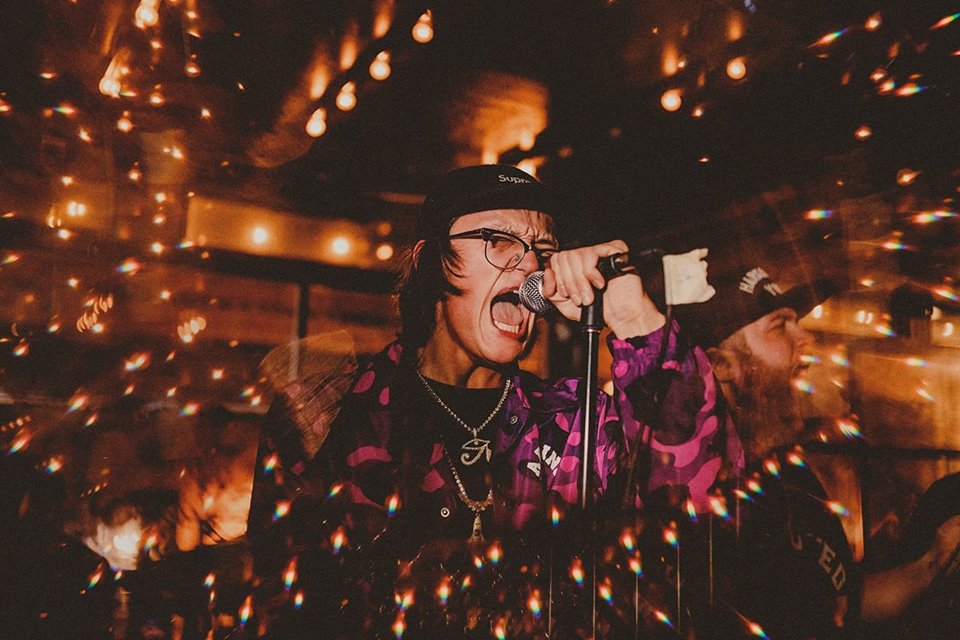 You have toured with a wide variety of musicians over the past years. Tell us some words of wisdom that you collected along the way.

Nick – We’re a band that heavily believes you never stop learning. We take every tour, show and day as an experience that we can take something away from. Whether it be giving ourselves an extra hour to make it to the venue so we can get some extra time to chill, to how we work on our own demos. The bands we’ve known that are still going have taught us the importance of communication between each other, perseverance in this lifestyle and the ability to have a short memory when things don’t go as planned. Most importantly, it’s about having fun. If you aren’t enjoying this then why are you doing it? I’m (Nick) personally thankful that our team between Rude and Equal Vision Records, Big Picture Media and Word Is Bond have been super open to educating myself and the guys with everything that comes along with being in a signed band.

Speaking of touring, tell us about any upcoming or current tour dates that you can fill us in about for 2019.

Nick – We’re about to embark on the largest tour we’ve ever done. It’s 2 months across the United States. It’ll be starting in Lewiston ID on February 15 and the American portion ends in Burnsville MN on April 7. All the dates and tickets can be found on our website. Our touring plans don’t end there either. We’ve been steadily at work booking more and more and hopefully crest over the 150 shows mark in 2019! Keep your eyes peeled y’all.

We just want give a huge shout out to everyone that’s stuck with us through this roller coaster ride, thanks for keeping this genre of music alive! We fuckin’ love you guys to death and we’re gonna keep making you proud. All the best to you in 2019, and we’re gonna do our best to come meet and thank you all in person. 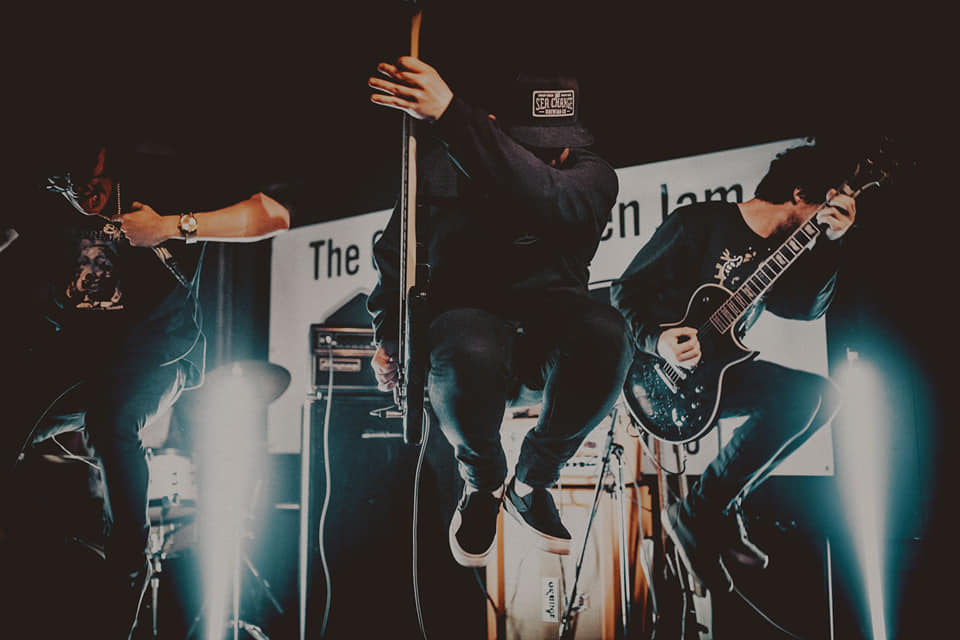