Norway Rockers, Mantric, have joined Solid State Records and are still in the midst of celebration during quarantine as they have put out their latest release, ‘False Negative’. In celebration of the recent release of ‘False Negative’, I caught up with John Robert Mjåland for a great chat about the trajectory of the album, the advantages of technology, taking personality tests, hanging with the family during quarantine and more.

Congrats on the recent release of your new album, ‘False Negative’. Tell us the message that you intended to portray throughout this release.

Thanks! The album has been baked together over the last three years, so I don’t feel like there’s a red thread in our lyrics, it’s definitely not a concept album, and we’ve all been writing lyrics, so they differ a bit. Maybe one theme, or something that comes close, could be “relationships”; how we interact with people, what values and beliefs we hold, motions and emotions. When we were brainstorming the album title, Tor, our guitarist, came up with the medical term “False Negative”, which works as a back layer for the album figuratively speaking, but we had no idea then that the title would hit the nail on the head clinically speaking, exactly when the corona epidemic hit the western world.

I know that the Coronavirus has been really impactful on all, yet tell us the lowdown on how you have been utilizing all of your time in quarantine.

In our family we’ve been able to work from home, so we’re lucky to keep our jobs, but it’s been difficult to get work done with kids hanging over and maintaining homeschooling, kindergarten and online work meetings at the same time. So I’d have to say we’ve been more busy than ever, but maybe not so productive. And I know one shouldn’t complain, probably a lot better to be in a crowded house these days than quarantined all alone, but right now I wouldn’t mind a few days of loneliness. Highlight of the day is to go outside and find a desolate place and just do something with the kids, and then have some grown up time in the evening when everyone is in bed. Anything on tv that makes you think of something other than coronavirus has been very welcome in our house.

My wife has pointed out to me, more than once, that I can be overly meticulous at times, and especially these last few weeks where everything floats and everything changes from one day to the next, things have been challenging for me.. and needless to say my environment. I think it has to do with being in control, which isn’t easy nowadays, so stepping back, taking a deep breath, trying to take things as they come and deliberately don’t give a crap about everything has been helpful. I’m still working on this, but the current lockdown has put things more in perspective.

The advantages of technology are incredible, not just the equipment we keep around us every day, but also the amount of information more or less anyone can access around the world. I also like following technological development and try to keep up to speed, but everything goes so fast these days. I’ve enjoyed watching Westworld among other great shows, and I think it brings up some important issues on the pace of technology and artificial intelligence, and I’m not so sure how sci-fi something like that will be in the near future. I think we will have to make many ethical considerations and decisions along the way as we make advances, and I hope and think technology in the end will save us from rather than speed up world disasters to come. As for social media, I’m not very positive. I think it’s generally destructive, and for young people growing up today I think it’s more damaging than rewarding. If you take a look at someone’s social wall online, almost everything is bragging in some way or another, very little is information or actual sharing. Many posts are sugar-coated to portray a perfect life and seldom represent reality, and young people growing up might not see the distinction between “professionals” making money on social media and their friends trying to do the same thing on a lesser scale. Building your own self esteem on social media is particularly a way of dragging others down at the same time. Maybe I’m being a bit cynical here.

I’ve taken some personality tests over the years and also followed quite a few podcasts that take on the “Big five” tests in a talk-show format, so I think I have a good idea of where I’m at personally as well as compared to others. What struck me was that I’m maybe not the most empathetic person after all, meaning being able to put myself in the place of others. I don’t take pride in this, and was a bit hard to swallow at first, but I acknowledge this somewhat lacking trait and actually try harder to empathize with others  and try being more open minded about people. It has awoken a feeling in me, maybe because I’m conscientious by nature, but being aware and reminding myself helps in this case, and I think it’s possible to make some personal changes although it’s usually very difficult.

Tell us about your experience so far with Solid State Records. How has being a part of the label enhanced your artistry?

Being on Solid State has been good so far, just being on board and knowing there’s a label with people into your music, wanting to share it with the outside world. Obviously, they have a much larger network than us as a band, so they’re busy spreading the music. Promotion is half the job when the record is done, so simply making an album available on Spotify or iTunes wouldn’t do the trick. 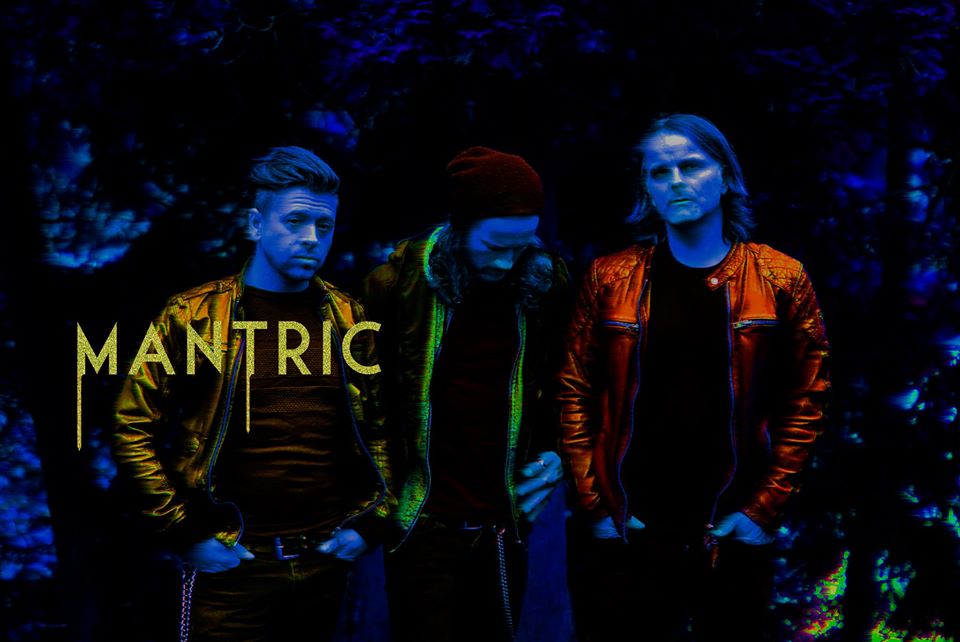 Are there any fun or new recipes that you’ve tried cooking up during quarantine?!

We’ve taken things quite easy, I must admit we’ve eaten more hot dogs and pancakes than usual, but we’ve also gone hiking with our backpack stove to justify everything. The kids have also been a bit more eager on making treats while staying inside for so long, so we’ve had desserts more or less every day lately. We even had dessert for dinner one day, a promise made to our youngest daughter a long time ago, which was just as easy pulling off when they’re getting desserts anyway. This was a success by the way. We’ve also used our fair share of random food coloring to spice things up and gone through all our kits for making slime and homemade soaps.

Stay safe in these strange times! Go outside and into nature if you have the chance, bring your hammock and check out our new album.