Minnesota Rockers, City of the Weak, have been giving their blood, sweat, tears and energy to music ever since the release of the ‘White Fire Alarm’ EP in 2013. Having recently delivered throughout ‘Pulling Teeth’, City of the Weak continues to forge forward with renewed vigor and creative inspiration. I caught up with Bassist, Cody Hoffman, to discuss ‘Pulling Teeth’, the synergy amongst the band, coming out stronger from a rock bottom experience, finding peace in late night drives and much more. 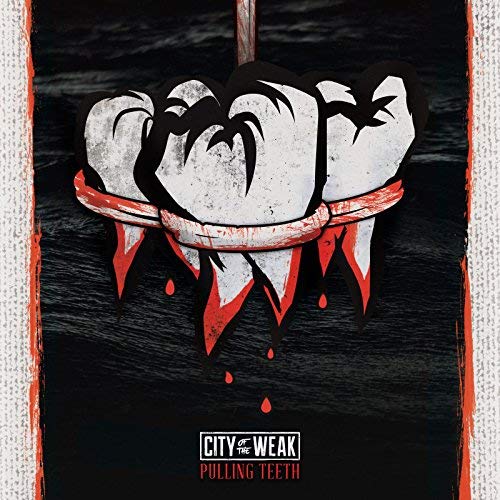 Congrats on the recent release of ‘Pulling Teeth’. Tell us about the creative and recording process for this release and what you learned along the way.

Thank you! To be honest it was quite a grueling process all around, and that’s where the title came from because it felt like we were pulling teeth to make the record we wanted to make. After we released the Disclosure EP in 2014 we started touring really hard for the following few years. We would be out for up to 7 weeks at a time trying to just get out there and get in front of people. Eventually the band had started to draw some attention from people in the industry and everyone had their own opinion on what they thought we needed to do to “blow up” and be successful. At first we were really open to suggestions, but after a year a so it was like someone had slipped a blindfold on us and spun us around a hundred times.  We got so twisted up in trying to please people that we kind of forgot what we were even trying to do artistically, and it was definitely showing in the music. The songs weren’t good, the morale wasn’t there, and we felt like we were blowing it. Eventually it hit a breaking point and we said “Fuck It” and decided to make the music we wanted to make and do what we want to do.

When It came down to recording the album we connected with Craig Owens to produce the album. We were actually supposed to go with someone else to do the album, but when a mutual friend brought his name up as a suggestion we knew we had to try for it. The album was actually recorded in two separate sessions. We recorded Censor This, Ungrateful, and Glad You Could Make It the first round to make sure it was going to be a good fit. Stef and I went to Detroit and we spent a few days with him tearing down each song. Some songs were almost completely scrapped aside from a couple parts and were re-written right on the spot. In the studio we had a lot of great discussions about what it means to make art that matters to you and to not sacrifice that for anything or anyone. Craig has such a trained ear for not only how a song sounds, but how it feels.After that first session we came home and the rest of the record just poured out of us. All those songs that we came back with the second time even now still resonate as strongly as they did when we first wrote them.

How has touring and being in the band with the balance of Male/Female, Stef and Brent, served to enhance your artistry?

I will say it is definitely a completely different dynamic touring and performing with women as opposed to a group of all males. I can’t really put my finger on what it is but there’s something about it that I’d take over an all male group any day of the week. I think by nature men and women have different instincts and pickup on different social cues and aspects of a situation in a completely different way. The balance of both really rounds out our group and I think in a lot of ways keeps us all with an open and objective mind. I guess a lot of that comes down to the individual personalities but I’m extremely lucky to work, relax, and play with both of my best friends. Stef, Brent, and I all live within a few blocks from each other in St. Paul, MN so we spend most of our time together one way or another on pretty much a daily basis. I think we bring a lot of the best aspects out of each other and in the end I think that trickles down into the things we create together.

This is a difficult one to admit, but I’ll share because I’m now starting to feel that I’m starting to push through and get on the other side of it after struggling with it for a couple of years. There have been a handful of really dark moments that this lifestyle has brought me, this year especially, where I’ve questioned what the hell am I doing with my life. I started to live with this nagging thought that I had chosen the wrong path with in life and that the universe was sending me every possible sign that I needed to walk away. I felt this way for so long and built up resentment towards the things and the people that bring light to my life. Eventually after hitting rock bottom with the help of people close to me I was able to flip my perspective to realize that I have spent my lifetime doing this. That I have over 20 years of experience and lessons and that I need to hold myself up to that standard. I want my work to speak to that. The greatests artists of our time spent their entire lives devoted to their crafts and pushing themselves farther.

That’s a really interesting question. I see that a lot of people have negative views on technology, but I think in a lot of ways these apps and social platforms are tools and we have the choice as to what kind of rabbit holes we are want to go down. It’s like you can spend your time subscribing to news sites and social media to convince yourself that the world sucks, or that it is coming to an end, or that everything we’ve been taught is a lie. On the flip side you can spend your time on sites like creativelive and skillshare, or listening to podcasts to teach yourself new things and open yourself up to new ideas. I’ve definitely found myself on both sides of it but in the last few years I just block or unfollow things that rub me wrong even in the slightest possible way. We are so delicate to influence so I  try to subscribe to things that lift me up and empower the type of person I want to be.

So on top of all the things that keep me busy with City of the Weak, I also run my own business called C. Evan Media where I create art and promo materials for other bands and businesses. It gives me a chance to empower other artists across the country by helping them bring their visions to a new level. I’m very grateful to be able to collaborate with so many artists over so many different mediums!

It can be challenging sometimes. Everyday is like it’s own adventure and you kind of find yourself in this state of just constantly reacting to your surroundings. I spend a lot of time reading on the road. I try to find moments everyday where I can take a walk and get my own personal space every once in a while. Other than that I also find a lot of peace in late night drives listening to music and podcasts. 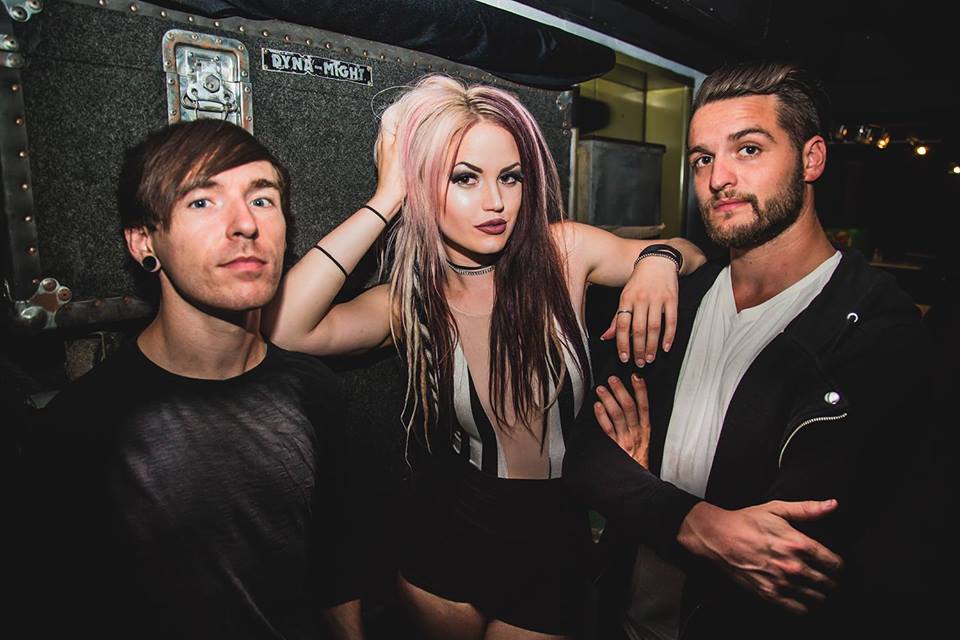 You have toured with a wide variety of musicians over the past years and have played at some major festivals. I remember seeing you at the first year of Chicago Open Air in 2016. Tell us some words of wisdom that you have collected along the way.

First off, that’s so cool you saw us there! That entire weekend was such a magical time and I think will forever be a lifelong highlight for me. I have no idea how we tricked them into that. I think the biggest thing I’ve learned is having the right attitude and being present with the people you are with. This lifestyle can be tough for everyone involved, whether it’s the bands on tour, the crew, the promoters or venue staff. I can’t think of a single part of this industry where it’s not some sort of challenge to do what it is we do, plus we can’t survive without each other so why not try to enjoy it? It’s a team effort whether you like it or not. Clear communication is key!

Even though we just put out ‘Pulling Teeth’ we are already writing towards our next album. Aside from that we are getting ready to announce the next round of tour dates which we are super excited about as well as a couple of surprises throughout the year!

Thank you all so much for your support over the best and worst of times!! I honestly think our fans are some of the coolest people in the world and I feel fortunate that we are on a daily basis are surrounded with like minded people all across the country. There’s no way it is a coincidence and I am grateful to know you guys. Always keep doing you, follow your vision and don’t compromise for anyone!

City of the Weak Social Links: